A few thoughts on the VA-07 and Cantor's primary defeat

I meant to cross-post this here when I published it several weeks ago on my education blog and at Blue Virginia. Ooops. Well, for the readers of my much less popular blog, here were my thoughts on the VA-07 and Eric Cantors' primary defeat.

Because I have statistics homework to finish, I don't have time to put my thoughts together in any sort of cohesive manner. So here they are in all of their in-cohesive glory:

I have long said that Cantor is not popular in his district, just a Republican. Pass the popcorn, indeed. #VA07 #EricCantor
— Rachel Levy (@RachelAnneLevy) May 11, 2014

Quoting Roll Call 1994: Cantor's loss proves "there's a limit to the number of times you can tell your constituents to go screw themselves." — Lauren C. Bell (@rmcpsci) June 11, 2014

The remnants of ambition: a 1950’s storybook snowman

Subsequent snow angels are strewn about

by dive-bombing
twigs and footsteps.

Perhaps she’ll amble half a block down

to the flat white expanse of the schoolyard

where a mass production could take place.

red on her cheeks.

Wet iciness seeps
into her cheap boots and jacket

The grayness is shading darker.

The promise of outside projects fade

to dreary malaise and tedium.

There is busy work homework to do.

Her neighbor waddles over

and breaks the silence:
An Air Florida crash.

The plane slid off
the 14th Street Bridge,
right into the river.

But, some survived right?

Couldn’t they just swim
to the bridge?

The water was freezing.
A man jumped in
to save people.
A stewardess survived.

Couldn’t the plane have landed on the bridge?

What about those seat cushions that turn into “flotation devices,” or the slide that comes down from the rows of seats with the red-lettered EXIT sign? Didn’t they just slide off and swim to shore?

Guilt for the indulgence
of boredom creeps in.

Snowman and angels fade away.

She turns around and heads inside,
unable to get the image out of her head
of people drowning, trapped in a sky

bus banging on the windows,

Why I Stand with Wisconsin Workers

The Virgina Legislature Joins in the GOP's War on Women

The Republicans (plus two democrats) in the Virginia Senate have decided to join in the National GOP's war on women. Tomorrow, the VA Senate will vote on SB924, which just passed the House 67-32. The bill would effectively eliminate access for Virginia's women to clinics that perform first trimester abortions by forcing such clinics to adhere to the same regulations as hospitals do. This, of course, is not necessary as such clinics are already sufficiently regulated.

If this effort seems like it's coming out of nowhere, that's because it is. The amendment was slipped in. According to NARAL Pro-choice Virginia:


This bill would require the Board of Health to issue regulations for hospitals, nursing homes, and certified nursing facilities. As originally written, the bill has nothing to do with abortion. Unfortunately, anti-choice Delegate Kathy Byron (R-Campbell County) offered an amendment changing the definition of hospitals to include “facilities in which five or more first trimester abortions per month are performed.”

If you think the bill is being sent from the GOP-dominated House to the Dem-dominated Senate to die, think again. As reported in the Virginia Politics blog:


Two conservative Democrats who oppose abortion -- Sen. Charles J. Colgan (D-Prince William) and Sen. Phillip P. Puckett (D-Russell) -- said Tuesday they plan to support the measure, in a chamber where Democrats hold a 22 to 18 majority. Their votes would raise the possibility of a 20 to 20 tie. A tie would be broken by Lt. Gov. Bill Bolling (R), who supports regulations.

And then Governor McDonnell will be ready and waiting to sign it into law. Because he and other anti-choicers want to "ensure that all outpatient surgical centers are treated the same, in order to ensure the health and safety of our citizens." I see, they want all outpatient surgical centers to get equal treatment. Or, maybe it's because Virginia Republicans are such big fans of excess regulations. No, no, it's because they want to keep women who get abortions safe. Yes, that's it.

I am squarely pro-choice, but I can understand why people are against abortion. I would guess that the vast majority of women who choose to have abortions hate abortion. But I agree with Hilary Clinton when she says that abortion should be safe, legal, and rare. Ruth Marcus's piece in response to House Republicans' assault on family planning  applies here: When those clinics are shut down, many Virginia women will not only lose access to the contraception that prevent abortions in the first place, but to general reproductive health care. Furthermore, without access to contraception, rates of pregnancies will increase and so will unsafe abortions. I would have so much more respect for anti-abortion crusaders if they actually worked to prevent abortions from having to happen in the first place, but they don't; they work to promote ineffective sex education programs, to limit access to contraception, to decimate women's healthcare services, and to keep abortion unsafe, frequent, and illegal.

As my uncle always says about American politics, "You have two choices. You can have the Democrats in your wallet or the Republicans in your bedroom. I'd rather have the Democrats in my wallet." So would I, Uncle Roger. So would I. Since Republicans are already raiding our middle and working class wallets to fund tax cuts for corporations and the wealthiest Americans, I say to Virginia Senators:

Get the hell out of my bedroom and while you're at it, stay away from my uterus.

Contact your senator now and tell them to oppose SB924.
Posted by Rachel Levy at 10:20 PM 9 comments:

(This has been cross-published at All Things Education.)
I got an essay accepted at truthout. Yay! I wrote about the Obamas' decisions regarding the education of their children and President Obama's statements about that decision in the context of his administration's education policies. (A recent excellent and comprehensive review of Obama's promises on education in contrast to his actual policies can be found here.)
"Mr. President, We Want Your Children's Education, Too" went through many, many drafts and I was very pleased when it was accepted by the first place I sent it. (An aside about the writing/publishing process: Almost all of my publications had been submitted to targeted publications I know well.) I submitted the piece back in November 2010, but the editor I corresponded with warned me it would be probably a while. It happened to come out on January 9, 2010. At first, I was ashamed of its publication date, given it was the day after the shootings in Arizona; it didn't seem to be an appropriate time to be so critical of the Obama administration.
But then I found out that Secretary of Education Arne Duncan was butting (yet, again) into D.C. Mayor Gray's DCPS Chancellor selection decision, urging him to permanently appoint Rhee right-hand woman and Interim Chancellor Kaya Henderson, of whom he's "huge fan," and in the process by-pass a 2007 DC law which requires a rigorous review process including consulting a panel of teachers, parents, and students. Duncan also dangled the possibility of taking back Race to the Top money the District was awarded if his wish were not granted.
Besides registering my disgust with Duncan's confirmation that Race to the Top is nothing but a bribery scheme, with his interference in local affairs, and with his spitting in the face of transparent and democratic governance, I'll repeat one of the same questions I asked in the essay: If Duncan and his boss are such "big fans" of the reforms and "progress" in D.C.P.S., why do they not send their own children to them?
To those who tell me to mind my own business: Point taken. I'd be happy to. Just as soon as Obama/Duncan change course on the policies that are undermining the quality of my children's education and just as soon as, of course, they mind their own business.


UPDATE 1/20/11: A reader was puzzled about this sentence from the truthout piece:

My DCPS past, warts and all, has made me a different person than I would have been had I gone to a place like Sidwell, different in a way that seems lesser to my current eye.

Reading it out of the context of the rest of the piece, I can see that the sentence is confusing and needs a re-write. Given the stance that I took, most readers probably knew what I meant, but I hardly want to assume that readers "probably know what I mean." Rather, I want them to know what I mean because my writing is clear. I can't go back and fix it in truthout (and there was never an interaction with an editor about clarity or wording where this might have come up) but just to be clear, what I meant was that:

Readers, if you ever see something that gives you pause or puzzles you or that you think may be factually incorrect, even if it's a simple typo, by all means, let me know. I value your feedback and pushback.
Posted by Rachel Levy at 2:35 PM No comments: 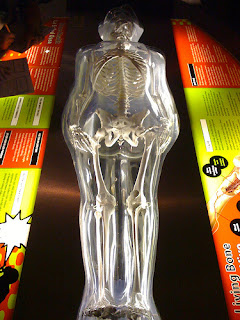 A little over a year ago, I wrote a series of blog posts about vaccines and science. In honor of the Wakefield studies officially being found fraudulent (there's a decent post at the blog Modern School--with links!--about the study's history), I am reposting them, but with a few updates.

Since my original posting of those, I have grown more skeptical of medical studies, particularly as they are increasingly being funded by pharmaceutical companies and reviewed by outside, for-profit review boards. Given the severe conflicts of interests inherent in such arrangements, I hardly have confidence in the truths of the outcomes of these studies. Secondly, the findings of Dr. John Ioannidis (fyi: the task related to this post that took me the longest was spelling this guy's name correctly), which I highly recommend checking out, have also increased my skepticism. Ioannidis is not so much critical of the scientific process as he is critical of what happens to the scientific process in the contexts of medical treatments, academia, and our own (too high) expectations of what science can tell us.

That being said, it is the corrupting forces of money, fame, and politics on the scientific process that has caused my skepticism; my faith in science has not diminished, not because I think it's some kind of magic, but because it's the best process we've got for uncovering a few truths about the world around us. After all, Ioannidis is a true scientist in the sense that he wants to make the process more pure, truthful, and skeptical. How very scientific of him.

UPDATE I: I was cleaning up my delicious bookmarks this morning and came across this article, also by Carl Elliot, from the Chronicle of Higher Education on the phenomenon of medical industry "thought leaders," who are medical doctors paid by pharmaceutical companies to talk to other doctors about "research" findings. I meant to include it yesterday, but had forgotten about it.Take a look.

UPDATE II: Just out for a run, I realized I forgot about another article pertinent to this. (That's what I get for hitting "PUBLISH POST" so impetuously). Here's an article in Vanity Fair about drug trials and how they're increasingly being done in unregulated zones, not to mention on poor people, overseas.

It's All About the Corporate Benjamins, Baby: Education, a.k.a., My 2010 Year in Review Post


UPDATE 1/6/11: Too bad I didn't see this brilliant piece by writer Joanne Barkan before I posted this. I could have saved myself the trouble--it's a much better, more comprehensive piece on the problems with education philanthropy than anything I have ever written. Read it in Dissent Magazine or in truthout.

Read My Other Blogs: